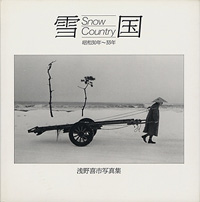 For three years, Asano went back and forth to Noto, Echigo, and Tohoku region to photograph Japan covered in snow. Asano lived in Kyoto where snow is scarce so on nights before snow was forecasted, he would take the train in the middle of the night to Wajima to photograph and take the train back to Kyoto later that afternoon. The photographs in this book were taken in that three year period. 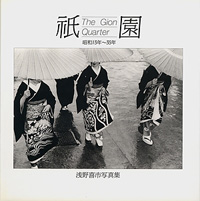 “The geisha entertainers of Gion say that Gion would not be Gion without the maiko girls, and the maiko would not exist were it not for Gion.” – Kiichi Asano

Asano spent a number of years photographing the Gion but it was only after he was assigned to take still shots for a project for the BBC that he was able to photograph the Gion from the inside. In this book is a great series of photographs documenting life in the Gion Quarter with a strong focus on the maiko girls (apprentice geisha’s). 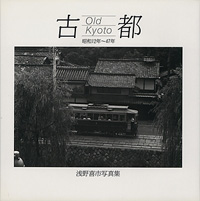 “Although, thanks to the wisdom of Japan’s opponent country during the Pacific War, Kyoto managed to escape bombing, the shock of defeat and the feeling of devastation were no exception from that felt throughout the rest of the nation. My decision to name this volume Old Kyoto was born from my wish to relate, through these photographs, the state of Japan’s old capitol, Kyoto, during that time of extreme hardship in our nation’s history. Again, another thing influencing this choice was the deep emotion that comes over me, together with all those thoughts and memories that stir up my mind, now, more than ever, that postwar Japan has at last regained a sense of peace and prosperity, and the history and elegant culture and romanticism of the old “Capitol of Peace” has been revived.” – Kiichi Asano